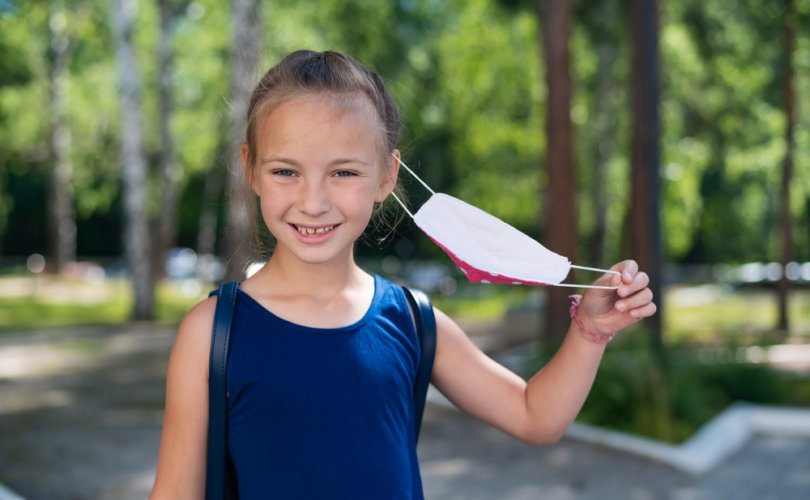 GAINESVILLE, Florida (LifeSiteNews) — After months of legal wrangling between the state government and school districts intent upon forcing children to mask up, all of Florida’s schools have now come into compliance with Republican Gov. Ron DeSantis’ ban on mask mandates, marking another victory for the firebrand governor against coercive COVID-19 policies.

The development came after three school districts that had continued to defy Gov. DeSantis’ July prohibition on school mask mandates finally agreed to rescind their mask mandates after unsuccessfully challenging the governor’s order in court.

“I want to see my kids smiling, I want them having fun,” DeSantis said upon announcing his intention to sign an executive order banning school mask mandates in July. “We need our kids to breathe.”

On November 9, the Miami-Dade school district posted a notice to Twitter advising that “[p]arents of students in all schools, including K-8 centers and elementary schools will now be able to choose whether their children wear facial coverings through a parental opt-out provision.”

The notice also stated that “fully vaccinated employees at all schools may choose not to wear facial coverings.”

Unvaccinated employees who choose not to mask up are protected under Florida law from being asked to show proof of vaccination after the passage of S.B. 2006 in May.

The school districts’ decision to yield to the statewide ban on mask mandates in schools comes after DeSantis directed the state’s Department of Health in July to issue an emergency rule banning school boards in the Sunshine State from mandating masks for students.

The mask mandate ban has been battled in the courts since it was enacted. In September, a federal judge upheld the prohibition, but an administrative law judge later rejected a request by the Florida Department of Health to dismiss a challenge to the law put forward by six school boards. In another reversal, an appeals court last month ruled in favor of the mask mandate ban.

Before the final school districts agreed to lift their mandates last week, the Florida Board of Education had enforced the law by stripping funding from eight Florida school districts that were forcing kids to mask up, including the school districts in Miami-Dade, Broward and Alachua counties.

Beginning Monday and spanning this week, the legislative session will also legally fortify parents’ rights to decide whether or not their children should wear masks in school, and prohibit schools from mandating COVID-19 vaccinations or quarantines.

“No Floridian should lose his or her job over COVID shots, and no one has more authority over a child’s upbringing than his or her parents,” the governor said, describing the legislative session as “striking a blow for freedom.”